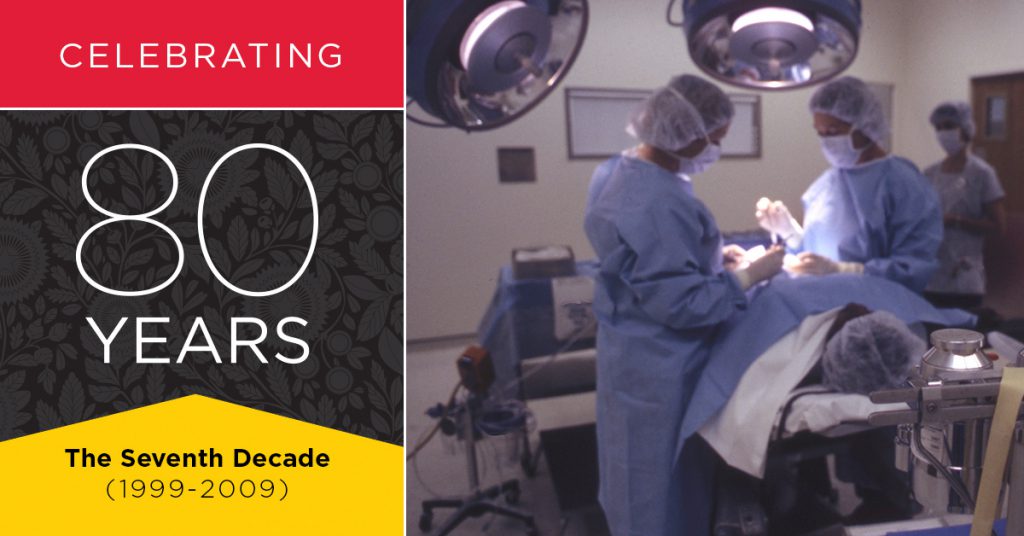 On April 28, 2002, another tornado brought pain and destruction to Charles County. This one ended up taking most of La Plata with it.

It destroyed infrastructure. It damaged buildings. It left lasting wounds in every corner of the community.

With an influx of 70 patients, the hospital’s team, especially those from the emergency department, and volunteers rallied together to show the true meaning of a community hospital. They embodied a triumphant spirit in the face of disaster.

The First Expansion of Civista

With its relatively new name, Civista Medical Center introduced its first expansion that was completed and dedicated in September 2007. Dr. Seetaramayya Nagula, the first gastroenterologist at Civista, gave the dedication.

He praised the hospital’s consistent commitment to employing top-of-the-line equipment and staff and its resilience in the face of the decade’s tragedies. In the years to come, he would eventually spend three years as the hospital’s chief of staff, and the hospital would help more patients than ever before.

Stay tuned to our blog for the final story about our hospital over the past eight decades. And be sure to follow us on Facebook — we’ll be sharing facts and photos from over the years throughout 2019.