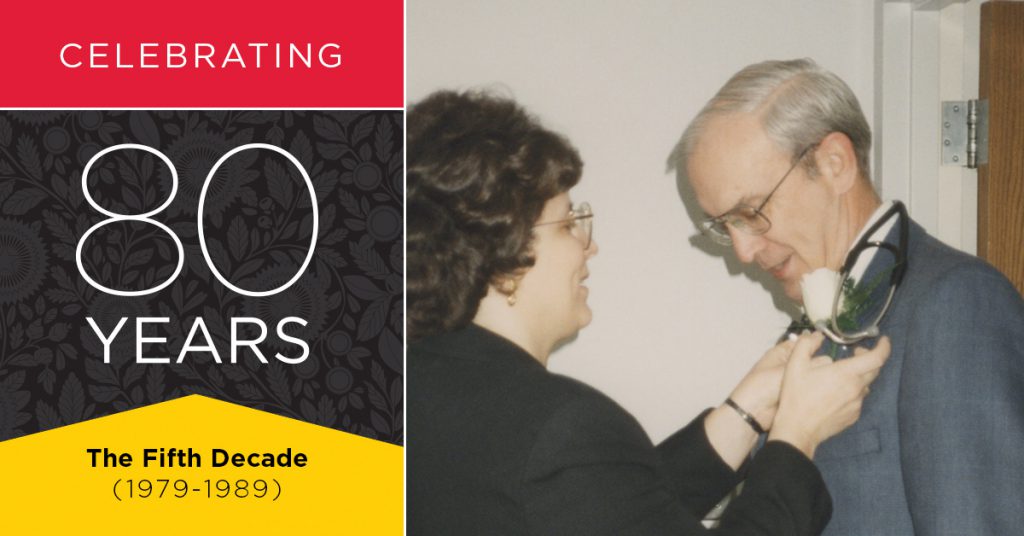 The hospital had expanded enough by 1979 to treat the needs of most patients. Some specialty needs for at-risk individuals, however, still required further equipment and care. So when those times came around, the hospital team was ready.

In 1979, the hospital team called in a helicopter to transport a premature baby for additional treatment. This was yet another example of the team at Physicians Memorial Hospital going the extra (aerial) mile to support the community that had supported it for decades.

While absolutely vital, these airlifts to bigger city hospitals were expensive for patients and could be cumbersome for all involved, so the board members set out to find a more permanent solution.

To reduce the need for helicopter travel, curb hospital crowding, and better serve the community as a whole, another new expansion was planned and built.

This $5 million facility was dedicated on September 11, 1983, by Dr. James Parren Jarboe, former president and secretary-treasurer of the Charles County Medical Society and president of the Maryland chapter of the American College of Surgeons. It added 130 new beds to the facility, along with other state-of-the-art enhancements.

Another sign of the growing importance and reputation of health care in Charles County came in December 1987, when Ted Kennedy Jr. visited our beloved Charles County.