The COVID-19 vaccine and new COVID cases have returned to the headlines. The highly contagious Delta variant is now the dominant strain at home and is causing surges and serious illness in countries that haven’t received adequate supplies of vaccine. Meanwhile in the U.S., supplies are going unused for lack of demand. Where the media’s concerns previously centered on inadequate vaccination programs and access to the vaccine, now there’s plenty of vaccine but outrage over those who won’t take it.

This blog won’t deal with political opinions except to say that making a political point is the worst possible reason for refusing the vaccine, unless the point you want to make is that you are willing to die for the cause. Virtually all deaths from COVID today are occurring in those who have not been vaccinated.

Most people who choose not to be vaccinated, however, are doing so as a risk/benefit decision, not a political one. No one is trying to be a martyr. Everyone wants to choose the safest course. Problem is, we humans are not really good at decisions when either choice has some degree of risk and there are multiple sources of advice that are mutually contradictory and often false. Add to that our personal biases on who we can believe and we may end up with a decision that actually puts us at the greatest risk.

So let’s first acknowledge reports of rare but serious events associated with COVID vaccines. The single-dose Johnson and Johnson’s (Janssen) vaccine has been associated with a rare but serious clotting disorder called thrombosis with thrombocytopenia syndrome, especially in women under 50. There have been 38 cases reported out of 12.8 million doses worldwide, though there may be more unreported, with three reported deaths. The company also just announced an increased incidence of Guillain-Barré syndrome in people after receiving its vaccine, an allergic reaction affecting nerve conduction and sometimes causing paralysis, with 100 cases reported.

The Centers for Disease Control and Prevention has confirmed 594 reports of myocarditis and pericarditis after people received the Pfizer and Moderna vaccines, out of a combined total of 318 million doses. These have been mostly in young men. There have been no deaths reported.

There is no validated source of information on a total number deaths where the vaccine has actually been found to have contributed. A small number based on the reactions noted is the best one can estimate currently.

Other rumored effects such as modification of one’s DNA or causing infertility or pregnancy loss have not been reported and are not suspected. The notion that the vaccines remain “experimental” after 331 million doses is difficult to defend. Obviously, there can be no five- or 10-year data on a vaccine that has been out less than a year. But waiting would have resulted in countless additional COVID cases and deaths. With the huge number of doses given we know a lot about the vaccines. Based on current experience, the Food and Drug Administration is expected to replace the Emergency Use Authorization with full approval shortly.

So people who have concerns about risks with the vaccine have some basis for their worry, but the risks are quite minimal. Adverse events have been rare, and effectiveness is amazingly high. There are many rumored issues on social media that haven’t happened. But the risks of going without the vaccine are considerable. Worldwide, over 188 million COVID cases have been reported with 4.06 million deaths. The U.S. has reported 34 million cases with 607,000 deaths. Even if one survives COVID, it is often a miserable and frightening experience to go through. And a growing number of survivors of even mild cases report continuing “long COVID” symptoms including fatigue, reduced taste perception, decreased memory and cognition, myocarditis, and persistent shortness of breath.

Maybe one won’t get COVID and won’t have to deal with those risks. That’s certainly a thought many people had before they got it. And if one gets it, maybe it will be mild. It is for many people. But not everyone. And if it’s bad, this disease doesn’t allow do-overs.

Should one wait for herd immunity? Remember, it’s not true immunity, just a reduced probability of exposure to COVID after most people have been vaccinated or survived having the disease. The lowest estimate of a necessary percentage to achieve it is around 70% and is probably higher. Ironically, the more people who wait for herd immunity to occur, the less chance it will.

Going without the vaccine because of the risk is like driving without a seat belt because your car may catch fire and the belt may delay your escape. It could happen. But statistically a collision is much more likely, and your odds on surviving it are a lot better buckled in. Does it really make sense to avoid a smaller risk by taking a bigger, potentially fatal one? 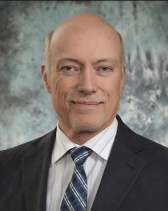