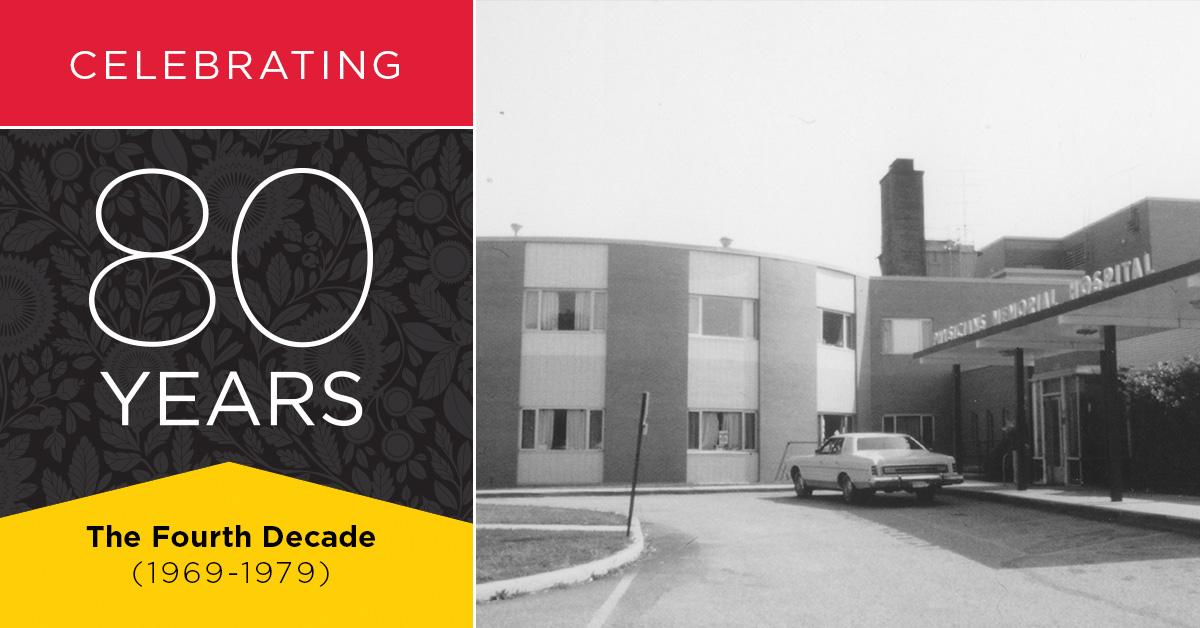 Still riding high from the success of its latest expansion in the 1960s, Physicians Memorial Hospital was ready to continue its streak of achievement in the 1970s. The next step in the journey toward becoming the hospital we know and count on today? A second expansion, bringing more space and additional facilities.

A groundbreaking ceremony took place for the second expansion in April 1973. The renovations would take two years to complete while the county waited in anticipation.

On October 10, 1975, the wait was finally over and two additional round nursing units were dedicated. These units brought exponentially increased efficiency and nearly doubled the capacity of the hospital.

By this time, round nursing units were more popular throughout the nation, but Physicians Memorial remained on the cutting edge, keeping its patients’ needs at the center of every thoughtful expansion.