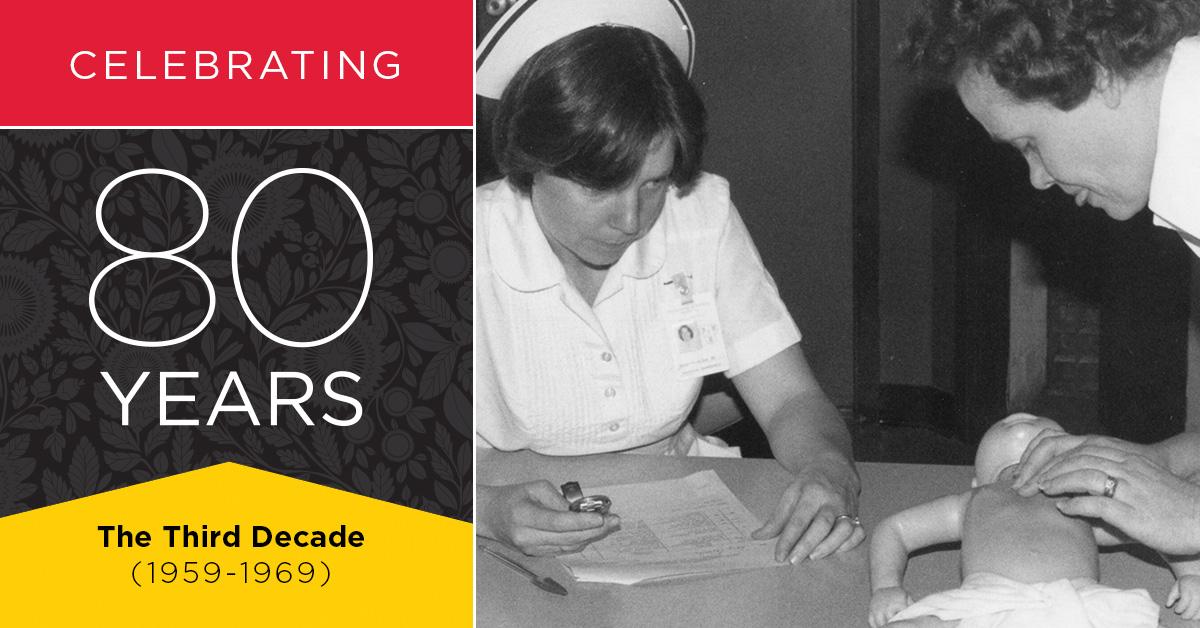 The 1960s started off with some good news for Physicians Memorial Hospital. Demand for a new building was expressed in 1957, and by the beginning of the next decade, the hospital’s needs would finally be addressed.

Once the location and plans were finalized, it was announced that this new building would open in 1963 — with great support and appreciation from the residents of Charles County.

This new building featured a cylindrical design with a circular nursing unit featured at the heart of the hospital. A relatively new design idea, this layout allowed for patients to be easily seen at the central nursing station, regardless of which room they occupied. While this is a relatively common feature of hospitals today, Physicians Memorial Hospital would be one of the first in the region to include it.

The new hospital was dedicated on October 13, 1963, and 1,500 residents of Charles County attended the dedication in a tremendous display of support for the hospital and its new structure.

More victories would come later in the decade as Physicians Memorial Hospital. One of the most important came when it became the very first hospital in Southern Maryland to be accredited by The Joint Commission for Hospital Accreditation on October 18, 1968.